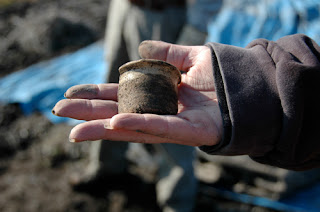 During our recent excavations at the third “wooden version” of Fort de Chartres (see 2/29/2012 post), we recovered a large fragment of an unusual form of salve or unguent pot. These little pots contained various types of viscous substances, usually medicinal salves, or in some cases, certain kinds of cosmetics.

Most 18th century French colonial sites in the Illinois Country produce fragments of apothecary / pharmacy pots, but they are different than the pot found at Fort de Chartres. More common are tin glazed varieties made in France. Thus far, sites in Illinois have generally produced only small fragments of the French unguent pots, but they seem to have been short, slightly ovoid, shouldered vessels.
The pot found at the fort (from 1740s or early 1750s contexts) is a distinctive type made in the Netherlands, rather than the typical French variety. It is nearly identical to pots frequently recovered in Amsterdam from 17th and 18th century contexts. I believe it is the first of its kind found in Illinois, however.
Sometime after 1800, French unguent or salve pots became very popular, and are frequently found in 1830s-1850s contexts in St. Louis. These pots were of a different shape than their 18th century predecessors, with straight sides, small flaring lips, and no shoulders. They were generally coated in a bright green or bright blue tin glazes, while the 18th century varieties may have been more often glazed in plain white.
Like many old European ceramic traditions, the French and Dutch unguent pots were replaced in the international market by British whiteware pots during the mid 19th century. 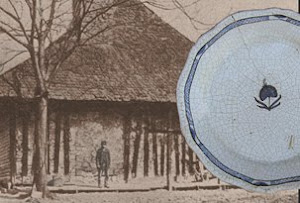 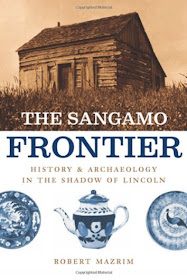